Mary Jane lives, but will existing government policies save our youth? 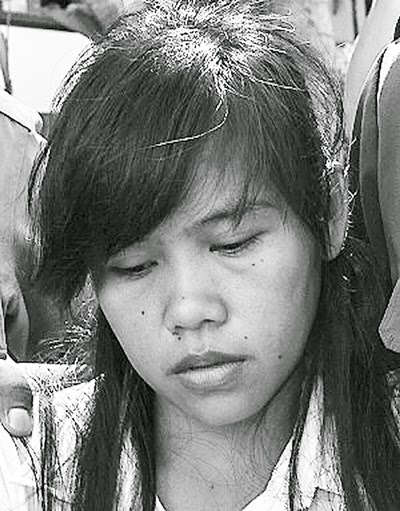 NEWS RELEASE
Paratido Manggagawa sa Kabataan
29 April 2015
Members of Partido Manggagawa’s youth wing, the Partido Manggagawa sa Kabataan (PM-K) are happy that Mary Jane Veloso was spared from execution in Indonesia.  But a major question lies at the back of their minds: Will existing government policies save the youth from the predicaments being suffered by Mary Jane and many other OFWs?
Ryan Bocacao, PM-K spokesperson, said the youth, especially those coming from working families, can easily identify with the story of Mary Jane because it is abject poverty that drives her to bravely face the precarious world of work here and abroad.
“Until her supposed final moments on earth, we saw from Mary Jane the courage typical to all our OFWs.  They are all risk takers.  Some of them may have fallen victims to syndicates and cruel employers, but all these came from their decision to save their families from chronic poverty which they believed is a long failed agenda of the government,” said Bocacao.
The youth of today, the group explained, is suffering from the same predicaments of finishing school and landing a good job because of unsound policies of the government both on education and employment.
PM-K members will lead a protest action tomorrow afternoon in Mendiola to raise the demand for free education and decent work for all. Participants to the PM-K event will be senior high school and college students, out-of-school youth and young workers who who have attended job fairs but remain unemployed; working in sweatshops in NCR; workers in factories of Calabarzon; college students enduring education costs; and, graduating high school students who cannot afford college education.
“Many poor students drop out of school during high school and college because of financial constraints on the part of their parents.  This problem had a big impact on the youth’s transition to the world work as lack of higher education relegates them to low paying unskilled jobs or worst, to chronic unemployment,” said Bocacao.
More than half (52%) of the youth’s population (age group 18-24) are unemployed, according to the Social Weather Station (SWS).
It was reported that Mary Jane did not even finish her high school because of poverty.  In most cases, risky domestic works abroad are the only jobs available to poor women coming from the Philippines.
Hundreds of PM-K members are joining the Labor Day march to Malacanang.
Posted by Juan Manggagawa at 5:13:00 PM