The DOLE is convening the management and union of the strikebound Philip Morris Fortune Tobacco Corp. (PMFTC) this morning. The mediation is set at 10:00 am today at DOLE Intramuros. Previous mediation meetings have been held in Marikina.

The month-long strike at the cigarette giant has cost the company around four billion in lost production. The strike started last September 28.

Yesterday the workers held a family day with kids watching a film at the picketline and sharing loot bags from union and student supporters. Manila Auxiliary Bishop Broderick Pabillo also held a mass yesterday at the picketline.

Workers unrest is rising with a series of labor strikes in recent months and the strike at the leading cigarette firm is the biggest to date.  PMFTC workers have set up picketlines in its Marikina and Vigan factories.

Photos of the family day and other strike activities can be accessed at PMFTCLU’s Facebook page: https://www.facebook.com/zpipsamonte/
Posted by Juan Manggagawa at 6:34:00 PM No comments:


As the NCR wage board conducts its last hearing today on the proposed wage hike, the labor group Partido Manggagawa (PM) asserted that employers still owe workers for the productivity growth of the past decade and a half.

“Employers keep on harping that inflation is merely temporary and so that a big wage hike is uncalled for. Yet they are utterly silent on the long-term stagnation of real wages despite the economic growth for the past 15 years,” insisted Rene Magtubo, PM national chair.

He added that “According to data from the Department of Finance, real wages have not risen from 2001 to 2016 even as labor productivity has grown by 50% in that period. In other words, the pie has become bigger but workers have not gotten even a crumbs. Instead employers have greedily taken all the increase in size of the pie. Workers have been denied their fair share in the fruits of production.”

“A concrete example of this is the plight of workers of the cigarette giant Philip Morris Fortune Tobacco Corp. (PMFTC). Workers met all their key performance indicators and yet 310 employees were retrenched in August. The Lucio Tan group of companies reported a total income of PhP 3.63B for the first quarter of this year and 65 percent or PhP 2.35B came from PMFTC. The company’s reward for increased labor productivity was mass layoff!,” Magtubo argued.

The mass layoff at PMFTC has led to the biggest strike yet this year. Tomorrow, the workers will on their first month at the picketlines.

“The wage hearing today is an utter sham. Lutong makaw na ang wage increase. Our fearless forecast is that the NCR wage board will order a measly P20 minimum wage hike. This is a foregone conclusion as the DOLE and ECOP have already revealed their preference for P20 in coins for the hardworking Filipino workers,” Magtubo averred.

He concluded that “P20 does not even compensate for the runaway inflation of 7% in the NCR which translates to an erosion of P35.84 in the minimum wage of P512. Much less, it cannot offset the productivity growth that has been denied workers since 2001.” 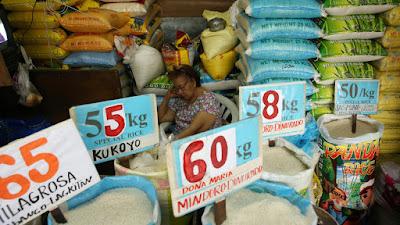