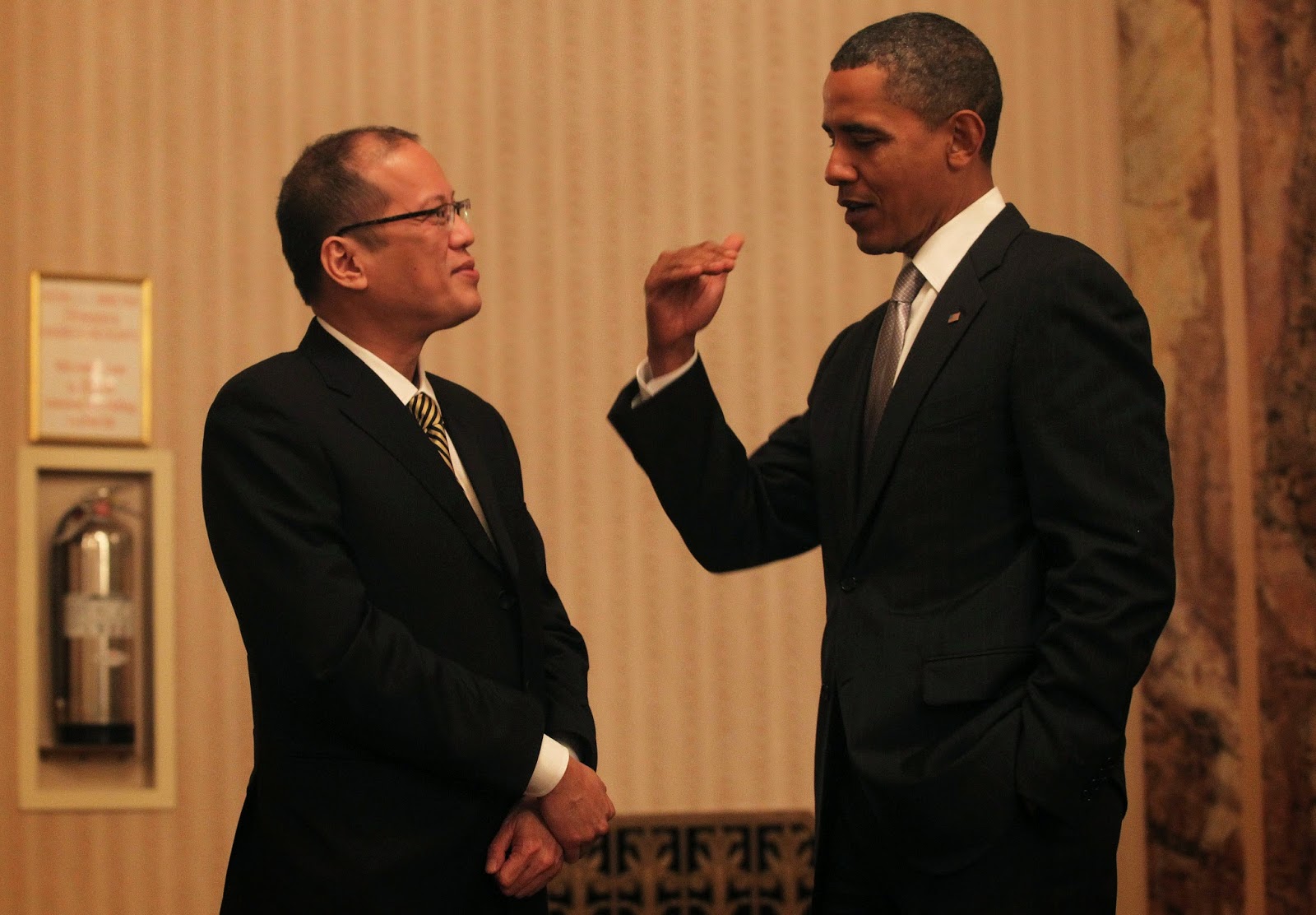 With no clear independent foreign policy to speak of, the Philippines, in hastily concurring with the Agreement on Enhanced Defense Cooperation (AEDC), tied itself unconditionally to Obama’s hegemonic agenda called “pivot to Asia,” according to Partido ng Manggagawa (PM).
The labor group believed it was the US that aggressively sought PH’s approval of the AEDC as it tries to assemble its military power in the region as quickly as possible to counter China’s rapid rise as a regional and global power.  The Aquino administration on its part instantly acceded to this new partnership with the US in the face of increasing territorial transgressions by China on Philippine waters.
Obama’s “Pivot Asia” program, the group said during the Scrap VFA Movement rally held Monday in Mendiola in time for the scheduled visit by US President Barack Obama, “involves a major shift in projecting US military from the Middle East to Asia, along with aggressive trade expansion in the region to revive the ailing US economy.”
“Militarily ‘pivot Asia’ establishes strategic military alliances in the region through permanent and temporary basing arrangements with regional allies.  Economically trade expansion will be done through the Trans-Pacific Partnership (TPP) agreements, a US-led trading platform that represent about 40% of world trade,” said PM spokesperson Wilson Fortaleza.
Drumbeating for war
Reacting to Barack Obama’s four-nation Asian tour, Fortaleza said “drumbeating for war” is clearly the main message of the US President, citing for example the assurances he gave to Japan, Korea and the Philippines that in case hostilities break out between them and China, they are assured that the US will go to war with its allies.
“That is expected since his “pivot to Asia” essentially has war logic,” said Fortaleza.  This war logic, he added, is clearly understood by China.
Thus, for the anti-war movement, the increasing assertiveness of China and the provocative and imposing presence of US forces in the region constitute the biggest threat to peace and stability in the region.
To avoid that senseless armed confrontation, PM and the Scrap VFA Movement are demanding the demilitarization of Asia, and disputed territories be declared as regional commons and war-free zones.
Furthermore for PM the signing of the AEDC on Monday capped Obama’s successful Asian tour, with the Philippines and other allies willing to play host to the US’ political and economic agenda in the region.
“Obama was able to project himself as redeemer and a man of peace when in truth he is a war monger, while back home, he is considered a failure by the American working class,” the group concluded.
Posted by Juan Manggagawa at 12:21:00 PM No comments:

Life under PNoy is daily sacrifice for workers – labor group 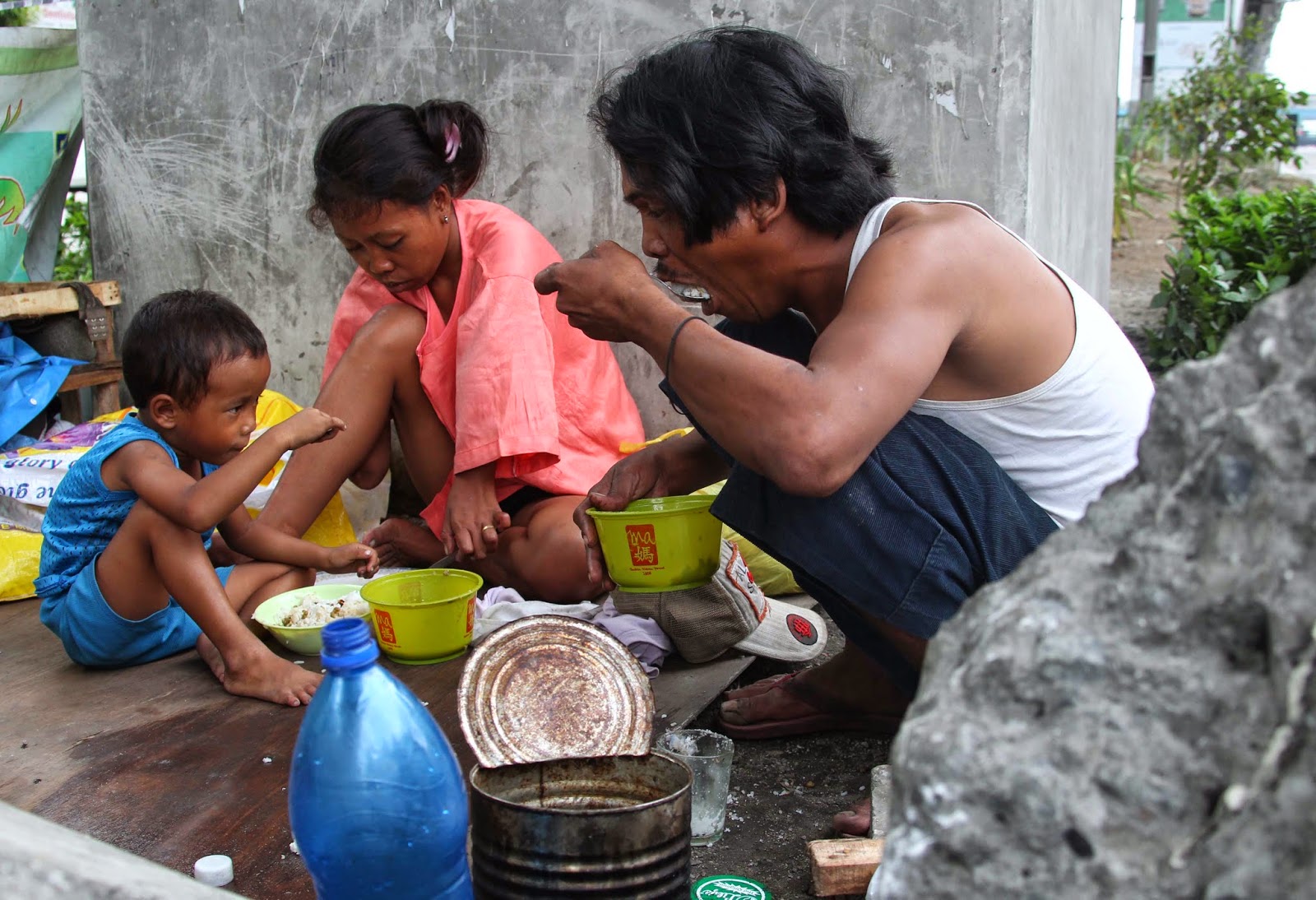 
The Filipino masses got a brief respite in yesterday’s convincing victory of their Pambansang Kamao over Timothy Bradley, yet such a moment of glory cannot gloss over the fact that life remains a difficult fight for survival under the present administration.
In their traditional rendition of “Kalbaryo ng Manggagawa at Maralita” held this morning at Mendiola, members of the labor group, Partido ng Manggagawa (PM), called the attention of the Aquino administration on several issues where ordinary workers were practically and perpetually “crucified”.
These issues include the problems of unemployment, contractualization, and the deepening inequality between the rich and the poor.
“In truth the ‘tuwid na daan’ was a tricky road to trek.  It remains a “kalbaryo” -- a daily sacrifice for ordinary workers who are continuously denied the rights and opportunity to live a decent life,” said PM Secretary General Judy Ann Miranda.
Miranda said life under the Aquino administration remains a difficult fight for survival to both men and women who carry the burden of jobs crisis characterized by rising unemployment, low-wage and contractual work arrangements.
According to the Social Weather Station (SWS) 27 out of 100 adult Filipinos were considered unemployed in December 2013.  The same survey also showed that unemployment was highest among women (35.9%) and among youth (52.3%) under the age group 18-24.
And for those who are employed, added Miranda, the working conditions remain very harsh with millions of workers living a slave-like subsistence under contractual work arrangements while their bosses join the club of the world’s top billionaires.
According to PM’s own study, the workers real wage increased by mere 14% between 2006 and 2013 while the net worth of the country’s 10 richest capitalists increased by 1,005%.
The group likewise lambasted the government for failing to address the problems of high power rates, the high cost of basic goods and services, as well as the deteriorating state of our mass transport system particularly the MRT and LRT.
The group, together with the labor coalition Nagkaisa!, are now preparing their forces for a major nationwide action on Labor Day.
Posted by Juan Manggagawa at 7:53:00 AM No comments:

RH Law is a partial win for Filipino women Despite declaring eight (8) provisions illegal, the Supreme Court’s upholding of the RH Law as constitutional is hard won victory for the Filipino people, especially for poor women.  The salient provisions that will provide the marginalized free reproductive health services and supplies, adolescents age and development appropriate reproductive health education in schools, and public awareness and nationwide campaign for reproductive health and rights have remained intact.  So goes with the role of local government units in the RH Law’s implementation.

The Partido ng Manggagawa (PM), however, cannot disregard the importance of the provisions declared unconstitutional by the high court.  The ruling has direct impact to the availment of services of minors and women of reproductive health services and supplies. Minor parents or minors who have suffered a miscarriage and married women not in emergency situations are not allowed to access RH services and supplies without consent of parents and spouses, respectively.  These negate women’s right to make decisions for their selves.

The SC has also considered illegal the punishment of a health care provider who fails or refuses to disseminate information regarding RH services, refer a patient not in an emergency or life-threatening case to another health care service provider, and public officer who refuses to support reproductive health programs or do any act that hinders the full implementation of a reproductive health program regardless of his or her religious beliefs.  The ruling undermines the rights of women to avail of RH information and services from those who are supposed to be implementing the law.

The provisions that were sacrificed are equally important.  PM believes the Supreme Court gave in to the pressure of the Catholic Church and other religious groups and made compromises at the expense of women’s rights and health.  The fight for reproductive health is not yet over.
Posted by Juan Manggagawa at 10:19:00 AM No comments: