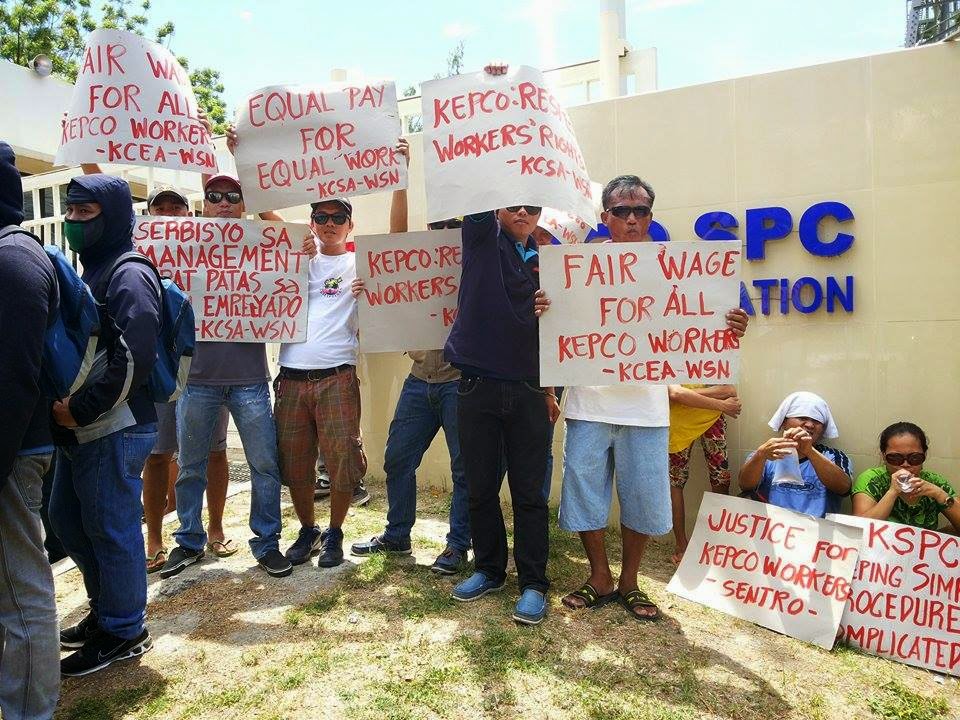 The labor group Partido Manggagawa (PM) called on Energy Secretary Carlos Jericho Petilla to ask the management of KEPCO-Salcon Power Corp. in to grant the demands of its workers in order to resolve the labor dispute. Petilla was quoted a few days ago as appealing to KEPCO workers not to proceed with a planned strike.

Yesterday KEPCO workers voted to hold a strike. PM announced its solidarity with the KEPCO workers and that the resolution of the labor dispute is among the demands for the coming Labor Day mobilization.

“If Secretary Petilla wants to solve the problem at KEPCO, he must focus on the cause not the effect. KEPCO workers’ legitimate use of the right to strike is simply a reaction to the union busting and unfair labor practice of its management. Petilla’s energy is better used exerting moral suasion on KEPCO to respect labor rights and start bargaining with the unions to improve workers wages and working conditions,” argued Rene Magtubo, PM national chair.

He added that “We ask KEPCO to moderate its greed. The power industry is the most profitable sector of the economy with the richest Filipinos and foreign investors like ’s KEPCO engaged in an industry that is structured in such a way that there is no possible way to lose money. Every cent of business expense is passed on to consumers, such as the middle class and the working poor, thus we have one of the most expensive electricity rates in world.”

He asserted that “The meager wages of KEPCO workers was the motive for them to unionize and bargain as a means of enhancing their working and living standards. But rather than respect labor’s right to self-organization and collective negotiations, KEPCO is busting the supervisors union and harassing rank-and-file workers whose union has already been certified as the sole and exclusive bargaining agent.”
Posted by Juan Manggagawa at 9:42:00 AM