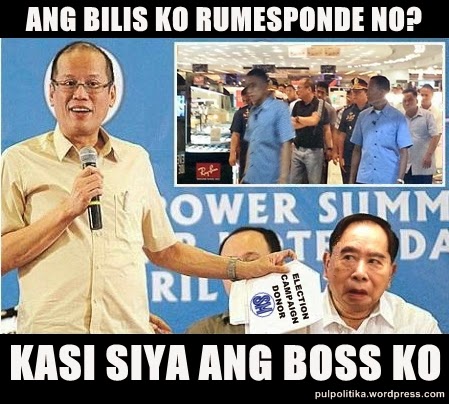 Workers led by the militant Partido ng Manggagawa (PM), the fighting union Philippine Airlines Employees Association (PALEA) and the labor coalition Nagkaisa joined the counter-SONA rally this afternoon. The workers contingent merged with the mobilization of groups Freedom from Debt Coalition and Kontra Pork that marched along from Tandang Sora at 1:00 p.m. to the Batasang Pambansa. PM chapters in Cebu, , and held similar actions today.

PM slammed government policies that exacerbated social inequality amidst economic growth. “PNoy’s inclusive growth is rhetoric without results, just like ‘daang matuwid’ that has been exposed as a myth by the persistence of pork barrel and the controversial DAP,” asserted Wilson Fortaleza, PM spokesperson.

As proof of growing inequality, Wilson Fortaleza pointed to the undiminished number of jobless Filipinos in contrast to the inflation in wealth of the rich under the five years of the Aquino administration. “In January 2010, unemployment and underemployment rates were 7.3% and 19.7% respectively and they basically remained unchanged at 7.5% and 19.5% in January of this year. Meanwhile the wealth of Henry Sy, the richest Filipino, ballooned from USD5 billion in 2010, when Aquino came in, to USD11.4 billion this year according to Forbes,” he elaborated.

“How can there be inclusive growth when PNoy allows contractualization to run rampant and the prices of basic commodities and services like rice and electricity to rise unregulated?,” Fortaleza argued.

PM also called for a citizen’s audit of the DAP to investigate any anomalies and patronage in the disbursement of the billions in people’s money and workers taxes. 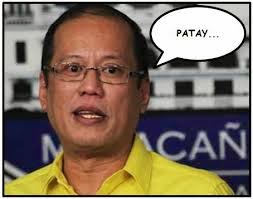 The labor group Partido ng Manggagawa (PM) today added its voice to the mounting call to have the Disbursement Acceleration Program (DAP) subjected to a special audit after the Supreme Court declared it unconstitutional.

PM said Malacañang’s defense that there was nothing wrong in it since it was done in good faith is flatly self-serving as DAP’s worth needs to be proven beyond the realm of motives or intentions.

Likewise the claim that DAP boasted our economic growth is even more fallacious.

“We leave the legal issues to lawyers, the moral intentions to priests, and the political flavor of it, for a while, to rival politicians.  Our main and immediate interest here is to know whether DAP money had gone in the same manner PDAF had been squandered,” stated PM chairperson Renato Magtubo.

Magtubo said the political context when DAP was concocted and eventually released has overly been discussed. “What we want to know now is whether a DAP released to a lawmaker’s left hand is better spent than a PDAF released to his/her right hand.”

The former partylist representative said a special audit for used and unused DAP funds may either clear many issues or uncover the same pattern of fraud committed under PDAF. Or may be worse.

“Assuming the crime was repeated, the political discussion should therefore lead to a conclusion that the whole system is terribly wrong,” said Magtubo.

The group believes that funds released under DAP and received by the same hands that made PDAF their personal piggy banks are tainted with corruption. Thus the need for a special audit, perhaps deeper and wider than the audit made on PDAF.

At the height of the pork barrel scam PM had pushed for, as part of reforms in the budget system, the concept of a universal social protection fund with a clearly defined social purpose yet completely isolated from the hands of corrupt politicians.
Posted by Juan Manggagawa at 12:43:00 PM No comments: