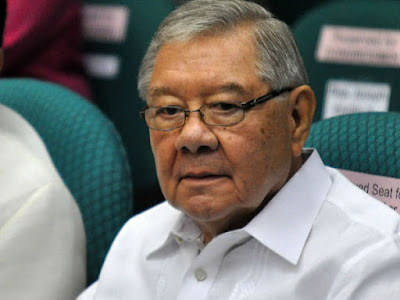 The House of Representatives (HOR) is on the verge of making the biggest historical mistake and disservice to the country today once its members vote for the removal of economic restrictions imposed upon foreign interests by the 1987 Constitution, the labor group Partido Manggagawa (PM) said in a statement.

Speaker Feliciano Belmonte, Jr. indicated lately that the HOR is going to pass his pet Resolution, the Resolution of Both Houses (RBH1), once absolute majority of the House membership are present in today’s session.

PM Chair Renato Magtubo stated that, “Although the mode that is being smuggled for approval today is an untested formula for charter change, the push for it appears to be so powerful it is able to marshal the big quorum and solid vote of both the smart and shabby politicians in Congress.”

Magtubo said powerful interest groups were behind the big push for economic cha-cha as disclosed by no less than the Speaker of the House himself.

Magtubo said: “The primary mandate of Congress is to uphold the full protection of the country’s sovereignty, patrimony and social justice which exclusively pertain to our natural and human resources. Hence, a cha-cha with foreign agenda is a bad cha-cha.”

According to PM, Belmonte’s economic cha-cha carries the same old agenda of giving foreign capital full ownership freedom and flexibility in doing business in the country.

This phrase, Magtubo said, “is comparable to an aircraft carrier loaded with all sorts of lethal weapons and with our Congress people assigned the new role of launching these warheads to annihilate the constitutional barriers for the complete rule of foreign capital in the country.”

The former partylist representative explained further that while the current provisions restricting foreign ownership of land, corporations and public utilities will remain in the Constitution, Congress, under the RBH1 insertion, can anytime pass a law removing these.

PM said the country have had enough of free trade and investments with other countries and the global community since the Galleon trade – the free trade agreements with America, the IMF-WB/WTO regimes, and under the latest BOT and PPP programs, yet the country has remained in the state of underdevelopment.

The group believes that foreign capital wanted full control of their businesses in the country, including 100% ownership of land and corporations as they eye the country’s booming real estate business as well as the lucrative industries in power, water, infrastructure, telecommunications, transport, and even in education and healthcare.

The group said a good exhibit to this foreign drive for cha-cha is the case of PLDT where ownership of a big chunk of its shareholdings were found to be under the control of an entity which is neither a registered corporation nor a citizen of the Philippine Republic, violating in effect the 60-40 rule Constitutional restrictions on foreign ownership.

Reports indicate that these shares are actually owned by the Indonesia-based Salim group whose entry into the country was facilitated by PLDT Chair Manuel Pangilinan known in the industry as MVP.

“Perhaps MVP does not want a ‘foundling’ tag attached to PLDT’s alien shares,” added Magtubo.  And the same is true for other businesses where foreign interests are concealed under the skirt of local dummies.

No guarantee to foreign investment

The claims that economic cha-cha would mean more foreign investments in the country remains highly speculative as there are major factors that hinder their entry into the country, according to PM.

“During the last decades, , and received the bigger chunks of FDIs than us despite their more restrictive policies on foreign ownership. Aliens cannot own land in yet it gets the biggest FDI in .  In other words, there are other bigger factors such as corruption, poor infrastructure and high power rates that discourage the entry of FDIs into the country,” said Magtubo.

He added that in terms of employment, for 40 years jobs, in the most liberalized EPZAs, which now include the BPOs, hardly reach 4% of total employment.  Meanwhile employment benefits in mostly foreign firms can never offset the social costs of destructive mining operations in the country.

“If these were the only gains we got from more than a century of dancing with foreign agenda, then perhaps the country, on the contrary, does not need more of them,” concluded Magtubo.