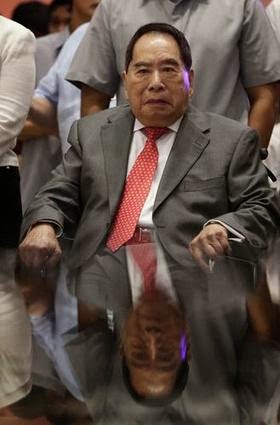 Exclusive growth for exclusive group of wealthiest businessmen.
This is how Partido Manggagawa (PM) reacted to the twin reports that came out the other day. The party reiterated its position that “walang naituwid, walang naitawid,” as the economy remained systemically non-inclusive.
The first report came from the Philippine Statistics Authority (PSA), announcing the 6.4 percent growth posted by the Philippine economy during the second quarter.  This growth rate, according to the government, is considered to be the best performing in .
The second report is an updated list of 50 wealthiest Filipinos released by Forbes Magazine which showed their combined wealth rising by 12 percent from $68.5-B in 2013 to $74-B this year.
In a press statement Thursday, Forbes Magazine said this year’s list reflected two driving forces of the Philippine economy: construction and consumption.  This jibes with the PSA findings which show consumption, propped up by the steady growth of OFW remittances, as the main driving force of the Philippine economy.
According to PM, the ’ richest capitalists control the economy in an oligopolistic manner.  They own the industry, the banks, real property, the highways, the biggest media networks, as well as the privatized essential services like power and water.
PM chair Renato Magtubo said, “Growth, however fast and vast it is, makes no difference if it lurks in exclusivity for the country’s 1% while the 99% remain at the corners of terminal marginality.”
Magtubo said today’s growth remains jobless and in fact, an offensive narrative amid high prices of basic goods and services.
According to PM, the country’s unemployment rate hardly changed from 7.1 percent in 2010 to 7% in April this year.  The same with underemployment, from 19.6 percent to 19 percent.  This unemployment figure is even worse if we compare it to the 1986 rate of 6.7 percent or the 5.2 percent in 1976.
So where did this GDP growth go? PM disclosed that the combined net worth of the richest 10 of the more than doubled since 2006. Henry Sy’s fortune alone for instance climbed by 217 percent from $4-B in 2006 to $12.7-B in 2014; Lucio Tan to $6.10-B from $2.3-B or 165 percent;  and John Gokongwei to US$4.9-B from US$700 million or 600 percent.
At the other end, workers’ real wage remained at starvation level, increasing only by 41% from Php258 per day in 2006 to Php363 in 2013.
In contrast the combined wealth of the richest 50 amounting to Php3.24 trillion is equivalent to a one year income of 26 million minimum wage earners.
Unfortunately only half the country’s employed persons are wage and salaried workers. The other half live on own account or self-employed.
Magtubo said these talks about economic cha-cha, term extension, impeachment, and the early onset of 2016 elections have overshadowed the discourse on inequality which workers believed is equally important if not more fundamental than issues of good governance.
“In fact even in governance, the political side of inequality is even more pronounced with the three main branches of government ruled by multimillionaires,” added Magtubo.
The group said exposing, educating and mobilizing workers against this evil shall be its priority as the party believes that this is where the past and present trapo rulers perpetually fail.
Posted by Juan Manggagawa at 11:16:00 PM No comments: 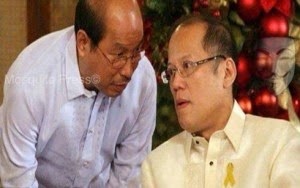 Seeking a prohibited term extension out of personal bitterness against the Supreme Court would be erroneous if not a fatal political move for the sitting President, the labor group Partido Manggagawa (PM) said in a statement.

President Aquino the other day made it categorical that he is considering a second term via a constitutional amendment, purportedly to check on the powers of the Supreme Court which he claimed exercise restraint “more often” against the co-equal branches of the government.

The group likewise disclosed, based on reliable sources, that a broad movement aligned to the cause of extending the “tuwid na daan” will be launched soon to create an artificial clamor for continuing reforms and at the opportune moment PNoy will make a major announcement that he has listened to his “bosses” to finally seek a term extension.

This is the nth time PNoy vented his outburst against the Supreme Court after the latter declared his Disbursement Accelelartion Program (DAP) unconstitutional.

But for PM, pushing a personal political agenda out of personal grudge against the justices won’t justify a still non apparent social objective of reforming the entire political system.

“We, too, do not believe that the ‘Lords of Faura’ holds the paragon of righteousness in this country.  They are dressed in robes, as crook lawmakers are also clad in barongs, to cover their sins and partiality to the ruling class. Yet cleansing the whole system does not necessarily require having a second term. This is more the task of a revolutionary government, a power that his mother failed to exercise correctly in 1986,” said PM Chair Renato Magtubo.

Magtubo said workers have always been victims of delayed justice and unjust court rulings.  And similarly the two other branches of government consciously take the side of the capitalist class.

“This situation did not change under PNoy’s term.  For the past four years wala pang naitutuwid, wala pang naitatawid,” declared the group.

PM said workers have more bad things to say about the country’s rotten political and economic system.  But they will neither look at the term extension nor the plan to amend the Constitution based on personal desires of few persons and big corporations as a sound option,” said Magtubo.
Posted by Juan Manggagawa at 3:17:00 PM No comments: