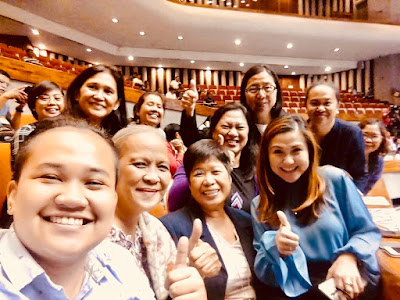 The Partido Manggagawa (PM) welcomes the passage of HB 4113 or the Expanded Maternity bill that entitles working women to a 100-day paid maternity leave.

The House version is 20 days shorter than the 120-day provision passed by the Senate last year. Thus women groups are still hopeful that the small gap can still be worked out in the bicameral conference committee.

"We commend the sponsors of the bill for the hard work spent in ensuring that this bill reaches this stage. And of course to the chairperson of the women committee, Rep. Bernadette Herrera (PL BH), for steering this measure into its final enactment," said PM Secretary General Judy Ann Miranda.

Miranda said the HOR version is just above the 98-day maternity leave recommended by the International Labor Organization (ILO) but far lower than the levels in ASEAN.

She added that "We know it can still be worked out in the bicam level. The longer the maternity leave, the better for mothers, their children, and their family members.”

Miranda noted that LPGMA partylist Rep. Arnel Ty tried to derail the passage of the EML during the debates by taking the position of employers who are all opposed to the bill.

"We were aware of Rep. Ty's position as he truly represented the interests of business in Congress. It is this kind of representation that defined his opposition to EML. He, of course, cannot stand as a businessman and a worker at the same time. This measure is for workers, especially women," concluded Miranda.