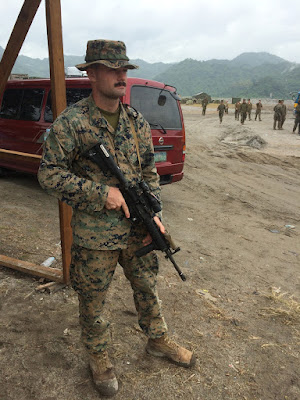 The militant Partido Manggagawa (PM) today welcomed the termination of the Visiting Forces Agreement (VFA) with the United States despite it being ended by President Rodrigo Duterte as a retaliation for the cancellation of the visa of ally Senator Bato dela Rosa.

“Militant workers and women workers do not shed a tear for the death of the VFA even if it was terminated for the wrong reason by President Duterte. We look forward to no more Jennifer Laudes killed and Nicoles raped by US soldiers in the Philippines,” stated Judy Ann Miranda, PM secretary-general.

PM was active in the campaign for justice for Nicole, the accuser in the so-called Subic rape case by a US Marine in 2005. Then in 2014, another US Marine killed transgender Jennifer Laude in Olongapo.

Miranda averred that “Moreover, we demand that aside from the VFA, the Mutual Defense Treaty and the Enhanced Defense Cooperation Agreement be abrogated too. We stand for an independent foreign policy founded on preserving and protecting our country’s sovereignty and national interest, and cooperation with other nations on the basis of common concerns.”

The termination of the VFA and other pressing social issues in the country will be the subject of an assembly by PM this afternoon. More than a hundred union, urban poor, women and youth leaders in the NCR, Calabarzon and Central Luzon are meeting in QC Memorial Circle for a discussion of the national situation. PM is also celebrating its 19th anniversary.

Miranda added that “We would have wanted President Duterte to tear up the VFA because he stood up for Philippine sovereignty. But that is wishful thinking of a President who also cannot defend our country against China’s incursions.”

“Those who argue that the VFA is needed to defend ourselves from China are wrong. The VFA did not stop China from militarizing the West Philippine Sea. It is not war or warmongering that will resolve the WPS dispute. Instead the Philippines needs to muster a coalition of Southeast Asian nations for a multilateral agreement on the WPS,” Miranda explained.

The group also took to task the senators who are trying to save the VFA. “It would have been better if these senators had agreed with the termination of the VFA on the right basis of advancing Philippine sovereignty. But again it is too much to ask of these weak-kneed politicians. Apparently their loyalty to Tatay Digong ends where their loyalty to Uncle Sam begins,” Miranda insisted.