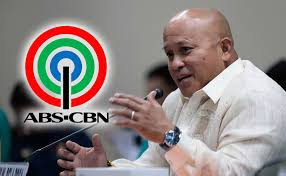 The labor group Partido Manggagawa (PM) today slammed Senator Ronald “Bato” de la Rosa for his indifference to the predicament of some 11,000 workers of ABS-CBN who will be affected by a shutdown of the network.

“Wag pagmatigasan ni Bato ang mga manggagawa ng ABS-CBN. If Senator Bato is does not care about 11,000 ABS-CBN workers losing their jobs then he also does not care about the Filipino people. The plight of 11,000 ABS-CBN workers are a microcosm of the the conditions of some 26 million wage and salary workers in the country who together with their families definitely comprise a majority of the Filipino people,” argued Rene Magtubo, PM national chair.

On Monday, PM and other groups like Kalipunan and I-Defend are mobilizing to call for resistance to the repression of democratic rights and defense of freedoms such as a critical press and the right to unionize. Unions are being red-tagged and strikes are being dispersed around the country, the group observed.

Magtubo made this remark in answer to Senator dela Rosa’s contention that the interests of the Filipino people trump concern over the livelihood of the ABS-CBN workers. He added that “It is obvious that the threat to shutdown ABS-CBN is rooted in President Duterte’s personal grudge and does not have anything to do with the national interest. Bato himself said that he lives or dies with President Duterte so his loyalty is just to one person not the entire nation.”

“Higher wages and better working conditions for ABS-CBN workers and the regularization of some 10,000 so-called talents in the network are the same popular demands of Filipino workers. Survey after survey reveal that regular jobs and decent wages are desired by the Filipino people,” Magtubo explained.

The group joined the clamor against the threat to shutdown ABS-CBN. “Stop the threat to end the franchise of ABS-CBN but the company must also stop endo among its workers,” demanded Magtubo.

The group called on regular and contractual ABS-CBN workers to forge an alliance and for the talents to organize so that they have voice and representation. “Neither the Lopezes nor Duterte, or his lackeys like Bato, can be relied upon to treat ABS-CBN workers fairly. Whatever happens to ABS-CBN, the workers are protected if they are united and organized,” stated Magtubo.