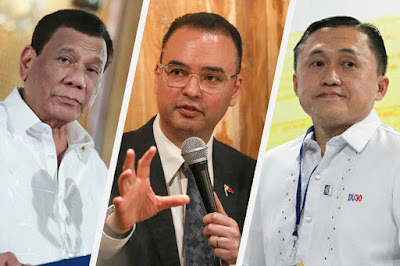 The labor group, Partido Manggagawa (PM), warns as ‘unFilipino’ and ‘dangerous’, the plan by members of the House of Representatives to relax foreign limitations on ownership of public utilities in the country by way of a killer amendment to the Commonwealth Act, otherwise known as Public Service Act of 1936.

The House plenary on Tuesday passed on second reading House Bill 78. A majority-backed bill that passes the second reading is almost sure of passing the third and final reading at any moment.  The bill has a similar counterpart in the Senate.

The killer amendment is aimed at differentiating “public utility” from “public service”, thereby avoiding the 60-40 limit set by the 1987 Constitution on ownership of public utility. Under the proposal, the secretariat of National Economic Development Authority (NEDA) and the Philippine Competition Commission (PCC) will have the power to recommend before Congress the reclassification of public utility as a ‘public service’.

“Our present lawmakers are trying to make themselves economically profound yet are very confused of what a public utility is. But let’s believe our instincts here. Their confusion comes not from the grey side of the law but from their vacillating standpoint that we Filipinos can stand on our own,” stated PM spokesperson, Wilson Fortaleza.

Fortaleza asserted that as a matter of fact, the global agenda of trade union and social movements around the world today is de-privatization as decades of globalization (liberalization, privatization and deregulation) processes did not only weaken the capacities of poor nation-states but also created the most outrageous level of inequality among peoples, where less than 1% of the population owns more than half of the world’s wealth.

“There is now a Brexit in EU and perhaps, a Frexit and Grexit soon. Trump on the other hand is pulling the US inwards to make America great again. The main proponents of globalization are now moving to the right by talking left as this is the only way to distance their selves from a failed project. Yet here are our smart politicians trying to save this failed and evil system in the Philippines,” said Fortaleza.

The group cited as an example the failed privatization of the country’s water and power sector, which control by oligarchs and their foreign partners, is now the favourite subject of President Duterte.
“The oligarchs are very happy we gave them the best of our public utilities in the 1990s onwards. They want more, of course, in the same way the Chinese, Japanese, Koreans, Americans and Europeans would want to take their slice of the pie that Congress under Cayetano is willing to surrender as one,” lamented Fortaleza.

The labor group raises the fear that if Congress is not seeing these examples as something that would make them rethink of a better alternative other than reliance to foreign, particularly Chinese investments, then this country really fits the narrative of being a Republic of Endo, Province of China.