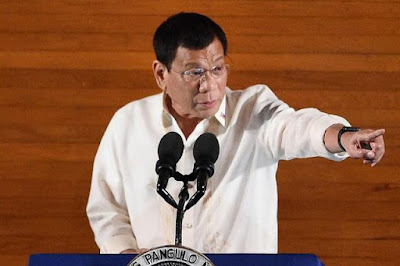 The labor group Partido Manggagawa (PM) asked President Rodrigo Duterte to run after the biggest endo lords in the country and naming them in public might be a good step in pushing the endo war down at the ground level.
“Maybe the most respected endo lords can be shamed into stopping their abusive contracting schemes once they are named by the President. It is common knowledge that endo is the norm among the malls, airlines, hotels, restaurants, shops, factories and even plantations,” explained PM chair Renato Magtubo.
He added that “We appreciate the President’s belligerent warning against endo lords as the signal fire in a war against contractualization. But we hope to see endo lords end the practice not because they are just afraid of the 'bully' President but mainly because the workers were demanding decent work as a matter of entitlement or human rights."
In response to Duterte’s statement against contractualization, the labor group called on workers to organize and mobilize to win the war vs endo. PM had called on the administration to wage a war on contractualization as vigorously as the war on drugs. PM along with the coalition Church-Labor Conference has presented a set of concrete proposals to combat contractualization in a rally of hundreds of workers last July 1.
Magtubo clarified though that “Still the last thing we want is for firms to close and instead we aim for contractual workers to become regular employees. Firms employing contractuals should not be shutdown but reformed so that workers can enjoy decent wages, benefits and working conditions. The Department of Labor and Employment (DOLE) has the enforcement powers to ensure this and political will is all that is missing.”
PM has urged the DOLE to inspect all existing subcontractors as the next step from its latest order suspending the registration of new contractors. The group believes that many of the current subcontracting arrangements violate provisions of the DOLE Department Order 18-A which lays down regulations on contractualization.
“We expect DOLE Regional Directors to be just as combative as President Duterte and use their inspection and enforcement powers to the fullest. However, in contrast to the President’s belligerence is DOLE-7 Regional Director Exequiel Sarcauga’s lackadaisical stance that existing service contracts of subcontractors are to be respected. He conveniently forgets that the latest order stipulates that service contracts may be revoked if found in breach of laws and regulations,” Magtubo insisted.
Issued last week, DOLE Department Order 162, Series of 2016 and Labor Advisory 10, Series of 2016 suspended the registration of new contractors, reaffirmed the prohibition on labor-only contracting, and reiterated the visitorial and enforcement powers of the Labor Department.