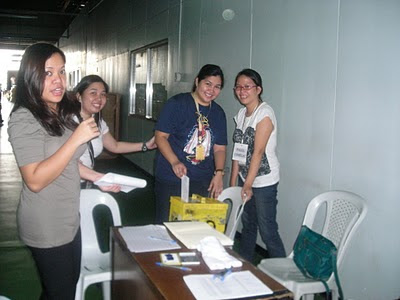 The votes of a majority of PALEA members remain not counted yet as balloting will only end by midnight tonight at the Terminal 2 of the Manila International Airport, the international cargo terminal, the in-flight catering department and the Mactan airport in Cebu. Nonetheless PALEA expects the trend to continue. PALEA also reported that the voting was orderly and peaceful.

The PALEA leadership will decide on its next move after the final results of the strike vote is canvassed.
Posted by Juan Manggagawa at 5:36:00 PM