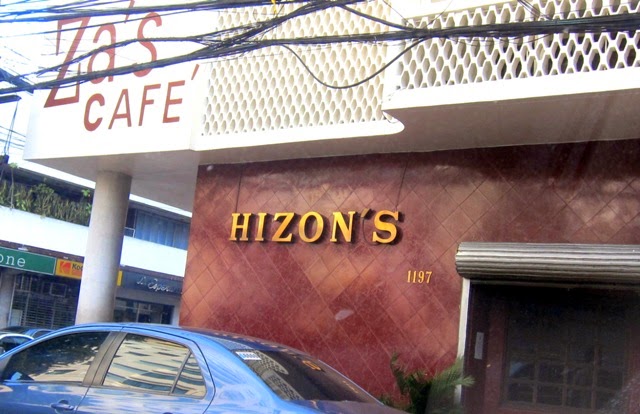 A high-end café and restaurant located at the heart of Malate district in is getting the ire of organized labor after its management sacked several workers upon learning of their move to organize a union some few months back.

A picket led by Partido Manggagawa (PM) was held today at the Department of Labor and Employment (DOLE) in demanding the reinstatement of Edaville Minoza, Jesus Porlas, Parsamson Hadjirul, Edgar Pancrudo, Stephen De Leon, and Romy Castolo.  All of them were dismissed by the company in January and May of this year without valid reasons and apparently for initiating the formation of a union which is a guaranteed labor right.

According to PM, Hizon’s/ZA’s Café in Malate is a cozy place where celebrities and ’s VIPs come as regular guests.  But its workers, 54 in all, are unjustly treated by the company since the time of their employment.  Most of them had been working in the Café for more than ten years yet they are not enrolled in the social security system, Philhealth and Pag-ibig.  They likewise are underpaid, enjoy no job security and have no union representation.

A notice of strike, on the basis of management interference, illegal dismissal and union busting, was filed before the labor department by Hizon workers in January after the first batch of termination.  The case is still pending before the National Conciliation and Mediation Board (NCMB).

Magtubo said the labor department has the obligation to order the immediate reinstatement of Hizon workers as their dismissal was clearly a retaliatory action by the management against legitimate union activities.

He added that it is also the duty of the State, the labor department in particular, to enforce labor law compliance to all companies however big, powerful, or small they are.
Posted by Juan Manggagawa at 10:08:00 AM