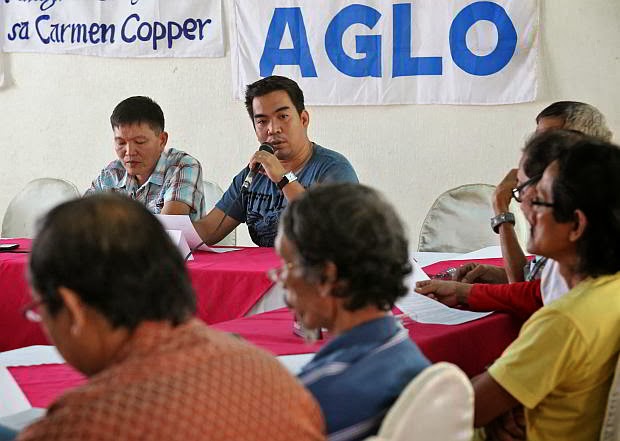 The militant Partido Manggagawa (PM) today called for the release of the detained union president of Copper Corp. in , as his petition for bail is heard today. Tony Cuizon, president of the Panaghiusa sa Mamumuo sa Carmen Copper (PAMCC-AGLO), is currently detained at the city jail after he was arrested last October 25 in on the strength of warrants for illegal possession of firearms and explosives. He has filed an urgent motion for bail that is being heard today in .

Renato Magtubo, PM national chairperson, appealed for the release of Cuizon, a PM national council member, on humanitarian grounds as he is sickly and advanced of age. “A politician gets the privilege of hospital arrest and a soldiers gets special treatment but a worker, even if ill and elderly, has to endure the bad conditions of a city jail for more than a month now,” he added.

Dennis Derige, PM-Cebu spokesperson, stated that on Cuizon’s first day at the jail, the latter had a high blood attack and was only brought to a clinic. “Cuizon is a senior citizen who suffers from severe hypertension, diabetes and arthritis, arguably work-related illnesses borne out of decades working in the copper mines of ,” he explained.

Magtubo argued that the arrest warrants, criminal cases and police raids were in violation of existing guidelines in the conduct of police during labor disputes. PM insists that the warrants were flawed since they were the product of illegal raids conducted in March 2013 on the PAMCC office, and the houses of Cuizon and the union treasurer. The union avers that the firearms and a grenade allegedly found in the raid at the PAMCC office were planted by the police.

“Once again the rivals as the most dangerous place for unionists with numerous cases of labor leaders killed, injured or harassed. Cuizon’s arrest and incarceration illustrates the double standard of justice in our country,” Magtubo stated.

Derige averred that “The arrest of Ka Tony is part of Carmen Copper management’s continuing effort to bust the genuine union at the mine and leave the workers defenseless in the face of attempts to downgrade wages and benefits, and impose contractualization among mine workers. The police and the courts are being used as instruments of capitalists.”

Derige explained that Cuizon’s arrest followed on the heels of the decertification of PAMCC as the sole and exclusive bargaining union at the mine, and the formation of a management-backed yellow union.

Carmen Copper has recently been hit by spate of labor disputes as mine workers resist corporate attacks on working conditions. Last February, PAMCC filed a notice of strike for management’s unfair labor practices and violation of the collective bargaining agreement. Also this year, workers contracted to haul and dispose of Carmen Copper’s mine wastes were derailed in forming a union because of the intervention of the huge manpower contractor Asiapro but the case remains pending at the Labor Department. Unions have condemned Asiapro as an illegal labor-only contractor.
Posted by Juan Manggagawa at 1:04:00 AM