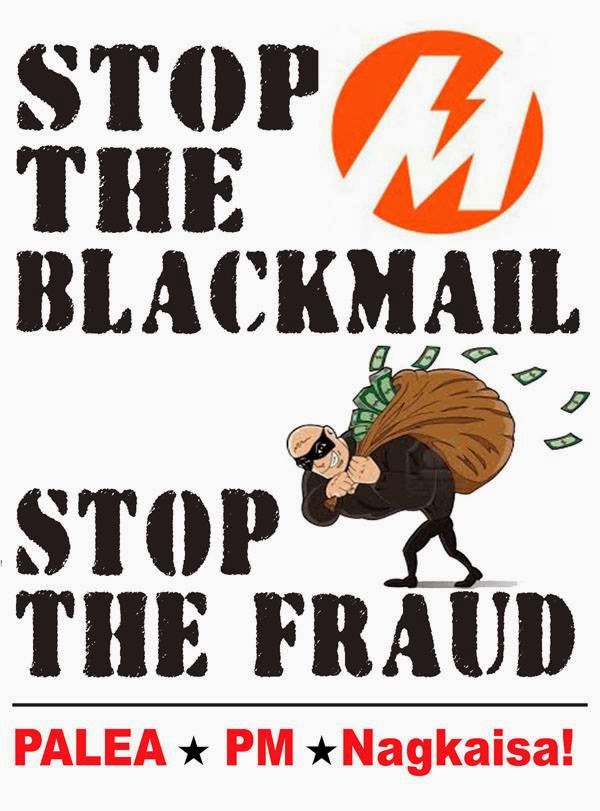 “Rectifications must be done outright on the P4.15/kWh Meralco hike, not on future occurrences of similar nature,” said Wilson Fortaleza, Partido ng Manggagawa (PM) spokesperson and one of the convenors of Nagkaisa labor coalition.

Corrective steps were announced by Malacanang yesterday, amid the heightening controversy on Meralco’s sharp generation rate hike for the November - December billing period.

Communications Secretary Herminio Coloma explained that under Step 1, preparations should be made to for foreseeable events such as regular maintenance. Step 2 is to ensure that regulators prevent collusion. And Step 3 will ensure that unjust price hikes are not passed on to and borne by the consumers.

“The test for Malacanang right now is whether it can apply Step 3 to the Meralco case and prevent the same in the future by applying Step 1 and 2,” said Fortaleza.

Nagkaisa said that if this can be done outright, it will erase the suspicion that investigations at the Executive and Legislative levels are leading to the exoneration of private players, pin the blame to the system operator, and subsidize the cost of market failure from the Malampaya fund.

The group is opposed to Malampaya subsidizing market failure as this is tantamount to subsidizing fraud.  Labor groups contend that risks borne out of wrong commercial decisions must be at no cost to consumers.

Workers had been protesting the power hikes on the belief that they were caused by flawed policies under EPIRA.
Posted by Juan Manggagawa at 2:40:00 PM