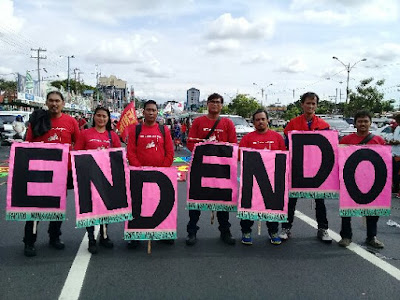 So has the promise of change been delivered?

The SONA was full of sound and fury but signifying nothing for workers. Workers got absolutely nothing from the two-hour long SONA speech of President Duterte. The SONA started on the theme of the promise of change. Thus workers waited for Duterte to elaborate on the delivery of the promises. But not a single word on ending endo. And not much else too on other social reform issues.

Instead, the narrative of whether promises were delivered was overshadowed by Duterte’s rambling rants against his critics, principally human rights advocates, the mass media and international rights organizations. Indeed the rants were a convenient distraction from the embarrassing topic of undelivered promises. Paradoxically only China was unreservedly praised.

After the hours-long stories, curses, and boasts, how will the lives of the workers and the poor be changed permanently? Of that, there was no answer. The only thing certain in Duterte’s SONA are death and taxes. People will die. Filipinos will be taxed. Taxes will be used for the war on drugs and martial law instead of for social services.
Posted by Juan Manggagawa at 7:23:00 PM