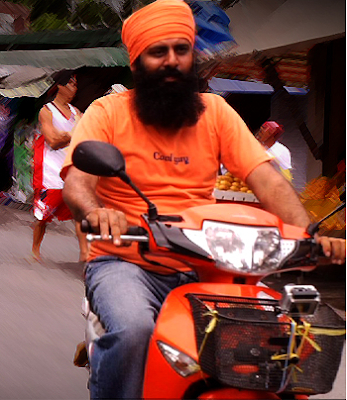 They make a killing in doing their trade, but motorcycle-riding ‘Bumbays’ give life to enterprising Pinoys who are in dire need for cash.  Their existence, therefore, has become socially-compatible over time compared to the hooded riding in tandems who roam communities to kill their targets.
Yet we agree to the plan that their usurious loan practice is put to an end.  But an alternative to 5/6 system must be formed or less the Duterte administration is just creating new problems to replace the old ones.

We believe an alternative program can easily replace the 5/6 system.  A national bank or a national lending program that cater to the needs of the poor can surely take its place. Without this needed replacement, the government will only push the system further into the black market where more notorious financial sharks operate.
Furthermore, an elaborate national employment program must be organized to bring down the number of workers in the vulnerable sector of the economy.
The Bumbays operate without permits and we have the anti-usury law that prohibits the system. But this is the kind of arrangement that flourishes in the mainly underground market that dominates the Philippine economy. They make small loans to small people. This is the practical economic reason why the system gained mutual agreement in poor communities where a big number of unemployed and underemployed members of the labor force are in desperate struggle for sources of livelihood.
For where should you go if you need a small, quick, and hassle-free loan to jump-start or sustain a small, unregistered enterprise like a sari-sari store, carinderia, a repair shop, among others?  Definitely you are not welcome to any commercial bank that imposes stringent requirements for a loan, including collateral.  And here comes a friendly Bumbay in the neighborhood who has the solution.
Of close to a million registered businesses in the country, more than 90 per cent are considered micro-enterprises or those with capitalization of less than PhP 3 million and employing not more than 10 people.  The government has no data on how many are actually involved in the underground economy--the vulnerable families who fall victim to financial sharks that are not exclusive only to the Bumbays.
As of October 2016, 60.8% of the labor force is considered wage and salaried workers. The rest are either unemployed or working on own account or sariling sikap. Underemployment is at 18 per cent.