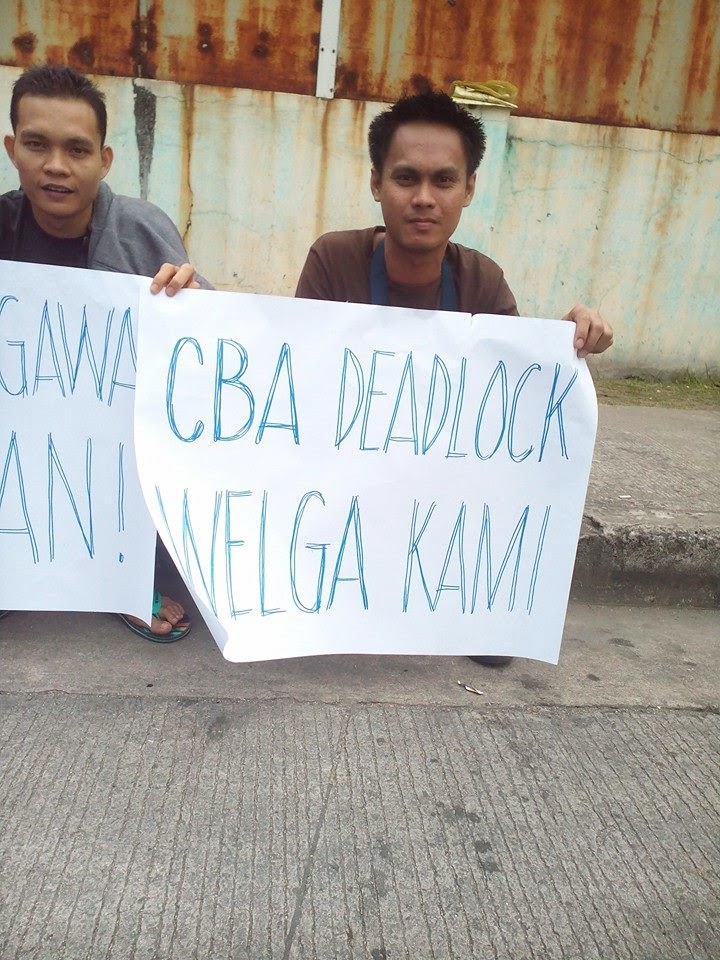 The labor group Partido Manggagawa (PM) today slammed the Asia-Pacific Economic Cooperation (APEC) theme of “inclusive growth” as a myth as it cited the strike at a Korean factory in as microcosm of labor’s plight. An APEC senior officials meeting just concluded last weekend in Clark, Pampanga.

“APEC, which includes the and , is all about investor rights and none about labor concerns. Thus its call for inclusive growth is just a marketing gimmick in the face of worsening inequality amidst economic development. A case in point is this Korean investor in the which refuses to share productivity gains to its struggling workers,” insisted Wilson Fortaleza, PM spokesperson.

The strike at Tae Sung Philippines Co. Inc. in the economic zone entered its second day. A marathon mediation meeting yesterday failed to break the deadlock in negotiations. The union Tae Sung Employees Association asserts that management remains intransigent in bargaining and refuses to meet workers demands halfway. Another mediation session is scheduled this afternoon.

Fortaleza explained that “Tae Sung is earning more than USD 14 million (PhP 600 million) annually since 2011 but it is merely offering its 250 unionized workers a pittance of P3 million in wages and benefits or just half of one percent of the fruits of their employees’ labor!”

He added that “Tae Sung is the rule not the exception among investors in Philippine export zones and all across the industrial areas of and the Pacific. Cheap labor and precarious work means a regime of exclusion and belies APEC’s lip service of inclusive growth.”

Production at Tae Sung remains paralyzed as regular workers are outside the factory picketing. Aside from bad faith bargaining, the union alleges that Tae Sung is attempting to weaken the union by firing eight union members, including one union officer, and suspending others including the union president and vice president. Workers have set up tents and a picketline outside the Tae Sung factory.

“Most of the Tae Sung workers earn just the floor wage of P315 plus allowance of P25.50 which is not even half of the cost of living in Calabarzon, which hardly differs from Metro Manila which we estimate is at least P1,000 per day for a family of five,”  argued.
Posted by Juan Manggagawa at 12:32:00 PM